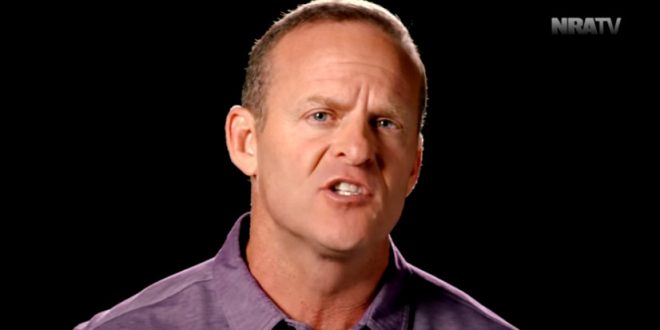 “How desperate and devious is The New York Times when it comes to attacking the Second Amendment? Apparently so desperate they now write about mass shootings that never happened. False alarms.

“The anti-gun opinionator Charles Blow actually wrote about young women marching in a parade in D.C. who frantically banged on his hotel door. They thought there was a shooting, there wasn’t. They were afraid, they didn’t need to be.

“So a false alarm gets top billing now in The New York Times. A false alarm, so panicked young women over nothing, is a story. Give me a break. It is meant to disparage anyone who believes in gun rights by insisting people are so afraid of a mass shooting happening that we have to do something.” – NRA TV host Grant Stinchfield.