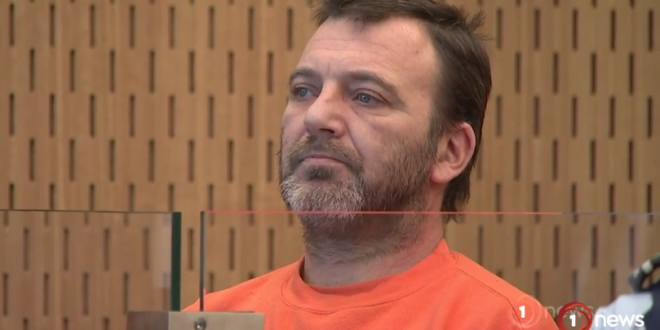 A New Zealand man has been jailed for almost two years for sharing a video of the Christchurch mosque shootings that killed 51 people. Philip Neville Arps, 44, was sentenced in Christchurch District Court on Tuesday to 21 months in prison after pleading guilty to two charges of distributing objectionable material.

Arps sent copies of the footage — which was streamed live on March 15 by the mosque shooter — to about 30 people soon after attacks on worshippers inside two Christchurch mosques, according to CNN affiliate Radio New Zealand.

During sentencing on Tuesday, Judge Stephen O’Driscoll said that when Arps was asked for his opinion on the video, he described it as “awesome.” Arps owns an insulation company named Beneficial Insulation, which uses a Nazi logo that was also featured in an online document published by the alleged Christchurch shooter.

Arps admitted the day after the March 15 attack he sent away the video to have it modified with cross-hairs and a “kill count”, and distributed the unmodified video to 30 associates. Massey University distinguished professor Paul Spoonley said Arps was a key part of Christchurch’s white supremacist scene.

A New Zealand man, Philip Arps, who shared a livestream video of the Christchurch mosque attacks was jailed for 21 months. He sent the video to 30 people and to a friend, asking for it to be modified to include a “kill count”.#Christchurch #shooting #NewZealand #imprisonment pic.twitter.com/HbuoJcRwt1