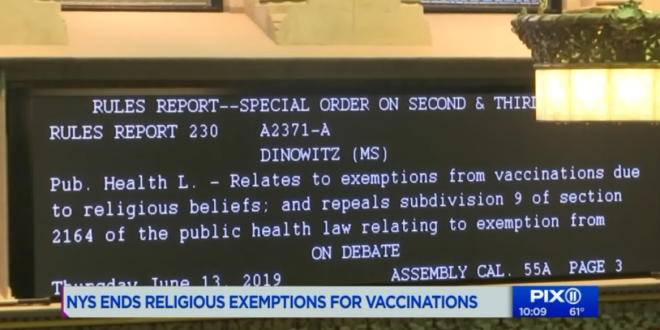 In response to one of the worst outbreaks of measles in a generation, Gov. Andrew Cuomo has signed off on legislation that now ends religious exemptions for vaccinations in New York. New York state senators passed the bill Thursday evening and the governor quickly signed off on the measure.

Since the beginning of June, there have been 255 confirmed cases of measles in Rockland County. The outbreak, which began in October, has spread to parts of Brooklyn. State Sen. Brad Hoylman sponsored the bill. Now that vaccination are the law of the land in New York, families can only avoid vaccinations with medical reasons.