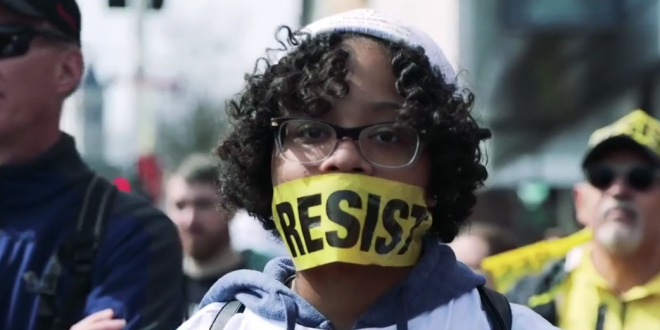 “Freedom,” sings Madonna, “is what you choose to do with what’s been done to you.” This lyric from the artist’s new song “I Rise,” off her 14th studio album Madame X, is a tribute to the resilience of the human spirit.

A new video inspired by the song, created by Madonna and TIME Studios, weaves together footage of the survivors of the Parkland shooting, supporters of LGBTQ equality, Olympic gymnast Aly Raisman’s powerful testimony about sexual abuse, first responders to natural disasters and other social justice movements.

Via press release from Madonna:

“I wrote ‘I Rise’ as a way of giving a voice to people who are being oppressed and don’t always have the opportunity to speak their mind. People who are incarcerated, bullied, abused, sexually assaulted or punished for their religious beliefs.

“This year is the 50th anniversary of Pride and I hope this song encourages all individuals to be who they are, speak their minds, love themselves and come together to continue to raise their voices for change.”

The video below is an unauthorized mirror. If it gets zapped from YouTube, hit the link above to see it.

@Madonna has partnered with @Time to create an empowering video to her song #IRise from her new album #MadameX that is a tribute to the resilience of the human spirit. Check it out by following the link below. https://t.co/aJlZqTkLpb