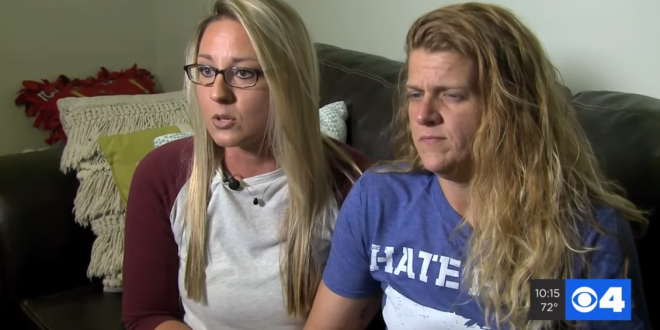 A St. Charles County couple says an O’Fallon, Mo. restaurant refused to host their rehearsal dinner after learning of their sexual orientation. Mindy Rackley and Kendall Brown are getting married on June 15. They planned to host a rehearsal dinner two days prior at Madison’s Café.

Kendall said she was speaking with someone at the restaurant, making arrangements and was asked about the groom’s name. “She said, ‘your spouse is a woman?’ I said, ‘yes.’ She said, ‘I am sorry we are going to refer you to someone else because we don’t condone that kind of relationship,” said Kendall.

After her mother called the restaurant to book the reception, Brown said she received a phone call from the owner’s wife the next day. “When I answered she said she had some questions about the dinner. One of the questions was ‘What is your groom’s name,’ to which I kindly responded, ‘It’s actually a woman and her name is Mindy.'”

“She told me that out of ‘love’ for me she has to decline our business because they believe I am in an unhealthy relationship. I immediately hung up,” Brown said. A woman working at the restaurant reportedly acknowledged the “couple’s situation” to local news broadcaster KMOV4, but declined to comment on the record about it.