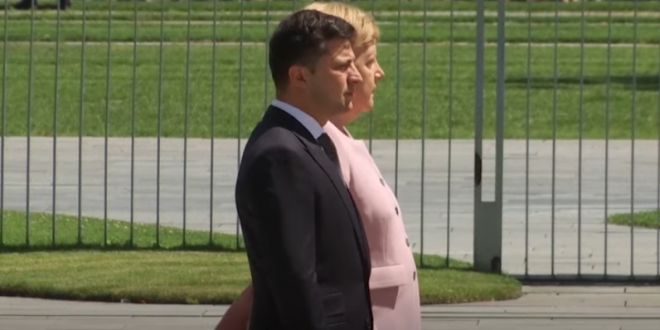 German Chancellor Angela Merkel appeared unsteady and was visibly shaking Tuesday as she greeted the new Ukrainian leader in the hot sun in Berlin, saying later that she clearly hadn’t drunk enough water.

Merkel’s whole body visibly shook and she pursed her lips as she tried to contain the situation as she stood with Ukrainian President Volodymyr Zelenskiy in the 28-degree Celsius (82-degree Fahrenheit) heat while a military band played their national anthems outside the chancellery.

It is not publicly known if Merkel, who has led Germany since 2005, has any health problems. German privacy laws are very strict on that type of information.