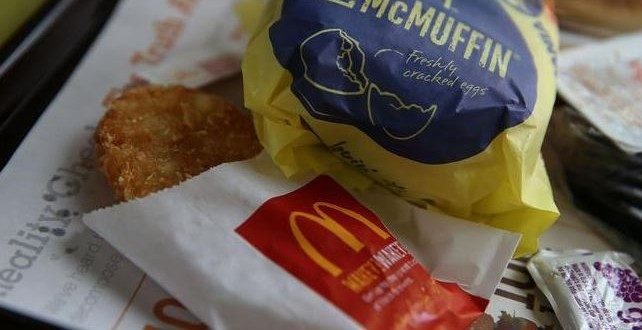 McDonald’s is testing voice-recognition software at a drive-through in suburban Chicago. Inside the restaurant, a robot also tosses chicken, fish and fries into vats of oil. Both technologies are meant to shorten customer wait times that executives acknowledge have grown in recent years.

McDonald’s also has stopped serving some burgers and given franchisees more control over their menus recently to simplify operations.

The company is working to speed up service as it faces tough competition from smaller burger chains and declining fast-food traffic in the U.S. overall. Visits to U.S. fast-food burger restaurants fell 1% during the first three months of this year, according to research firm NPD Group Inc.

McDonald’s earlier this year made a $300 million commitment to those windows with its acquisition of Dynamic Yield, a company that promises to bring an Amazon-like experience to its menus. The company is adding that technology to its domestic locations.

Critics—as well as many of the chain’s proponents—have argued that the addition of automation could eliminate jobs as more states and local areas hike the minimum wage. But McDonald’s said the effort on its kitchens is designed to “make McDonald’s restaurants even better places to work.”