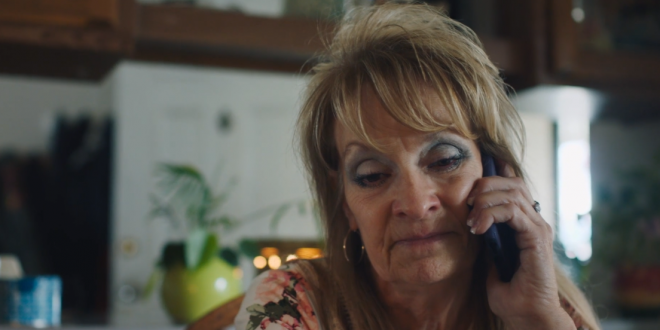 Last year for LGBTQ Pride Month, Verizon produced a tearful one-minute video that showed several young people calling their parents to inform them for the first time that they’re gay. The YouTube video also showed up on the MTV Music Awards.

All those phone calls “end happily, if occasionally tearfully,” as MediaPost reported. But these kinds of conversations don’t always end like that, and this year Verizon revisits the idea, this time by connecting parents and loved ones with LGBTQ folks who had nastier conversations the last time they talked about it.

On the second time around, both sides are able to say what they meant to the first time, or make amends for any negative comments they did make. This latest video is directed by Lee Hirsch, who also directed the award-winning 2011 documentary “Bully.”

Last year’s ad is second below.

Can’t believe I’m talking about an ad at the Tonys, but that was a gorgeous Pflag/Verizon ad.

I love the Tonys and theatre but damn if it wasn’t the Verizon/PFLAG ad that reduced me to a puddle of tears. #verizon #pflag #loveislove #Familylove #welldone

Kudos to @verizon and @PFLAG on a great commercial themed “Love Calls Back” on tonight’s @TonyAwardsShow. For parents who may have not done so, it’s never too late to make the call and let your LGBT child know you love them. #loveislove #PrideMonth2019