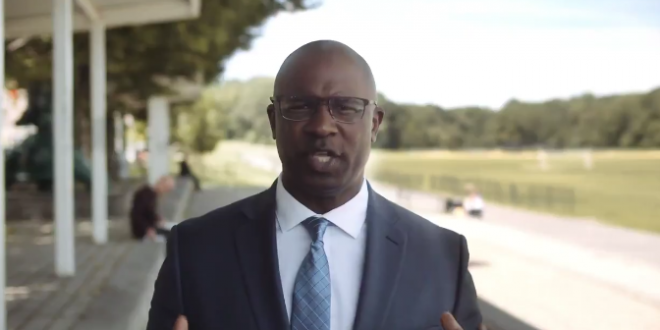 Longtime House Dem To Get Primaried From The Left

Long-time New York Democratic Rep. Eliot Engel has drawn a primary challenger in his 2020 reelection bid who is supported by a key group that backed Rep. Alexandria Ocasio-Cortez (D-N.Y.) in her upset win.

Bowman’s platform shows support for Medicare for All, the Green New Deal, increased investment in public schools, free college and reforms to the criminal justice system, according to his video.

We’re proud to announce our first candidate in NY: @JamaalBowmanNY!

Now he’s taking on a 30 year incumbent who voted for an unjust war in Iraq and prisons.

Previous Sean Hannity: All Trump Allies Should Plead The Fifth
Next Orlando Sentinel Endorses “Not Donald Trump” As Trump Kicks Off 2020 Campaign With Orlando Rally