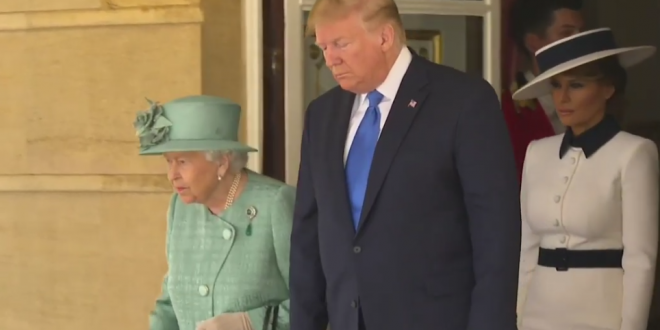 President Trump touched down at Stansted Airport outside London on Monday morning, kicking off his first official state visit to Britain. After a helicopter ride into the center of the British capital Mr. Trump and First Lady Melania will rest for a while before joining Queen Elizabeth II for lunch.

“It’s not just the normal threat of some violence, and you’ve got the assassination risk; it’s also a threat and risk really around protests and the level of that protest,” Richard Walton, the former head of counter-terrorism at Scotland Yard, told CBS News about the major security operation rolled out for the U.S. leader’s visit.