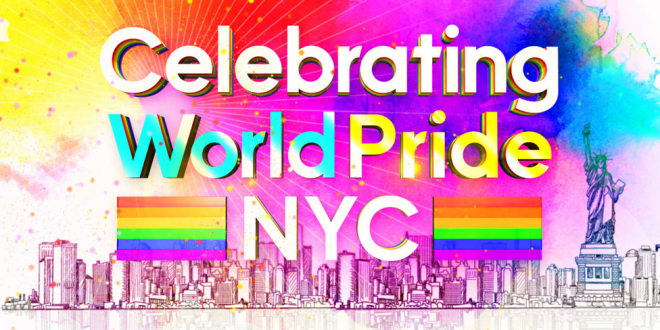 This year’s NYC Pride March promises to be one of, if not the, biggest events of the year: For the first time, New York is playing host to WorldPride, the annual celebration of LGBTQ communities around the world.

More than 550 organizations participated in last year’s Pride March, and it’s likely to be even bigger this year: According to the NYPD, an additional three to four million people are expected to head to the various Pride festivities happening over the weekend.

ABC New York will be live-streaming the parade on their website, their app, and YouTube channel. I’ll embed the YouTube clip here if it goes up before I leave for downtown. I’ll be doing some live-streaming myself to the JMG Facebook page and Twitter feed.

Pride March Forecast #Stonewall50 Watch it all starting at 11am @abc7ny #newyork pic.twitter.com/mDMZqwUJbP

UPDATE: San Francisco’s KPIX writes to mention that they will be live-streaming SF’s parade on their website.