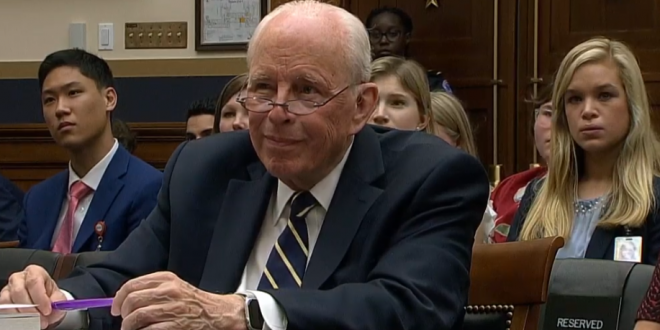 Former President Nixon White House counsel John Dean will testify before the House Judiciary Committee about lessons learned from special counsel Robert Mueller’s report at a hearing scheduled for 2:00 p.m. on Monday. Dean’s testimony on Capitol Hill will be the first of several expected public hearings on the findings in the Mueller report, even though the special counsel has made it clear he does not want to appear before Congress.

Can’t believe they are bringing in John Dean, the disgraced Nixon White House Counsel who is a paid CNN contributor. No Collusion – No Obstruction! Democrats just want a do-over which they’ll never get!