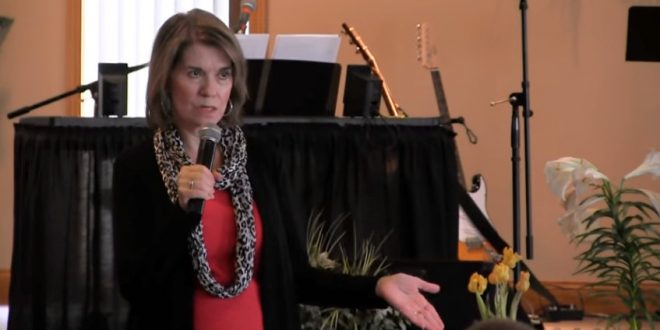 Linda Harvey: When You See The Rainbow Flag, You’re Witnessing A “Flagrant Violation Of God’s Trademark”

The rainbow is God’s symbol. He never intended it to be a jarring logo for proud sin, a signpost for child corruption, or the banner for targeting and harassing faithful Christians. When you see it in a “pride” setting, you’re witnessing a flagrant trademark violation.

Have you had your fill of “pride” yet? Corporations, government agencies, online sites, schools. AT&T, Walmart, Kellogg’s, Nationwide, Ikea. I was already on rainbow overload when I opened the mail. An unmarked letter contained a flyer listing Bible verses (“Love your neighbor,” etc.) followed by “We’re praying for you!” and signed “Happy Pride!”

The envelope was full of multi-colored glitter – which I was providentially able to contain and throw right in the trash. We are witnessing cultural destruction under the arc of these rainbow imposters – yet the original is still the Almighty’s magnificent sky symbol, reminding us of both His mercy and power.

Harvey is the founder of Mission America, which the SPLC in 2012 added to its list of anti-LGBT hate groups.

Like many anti-LGBT activists, Harvey advocates for criminalizing homosexuality.

She last appeared on JMG when she declared that oral sex is “the practice of homosexuals.”