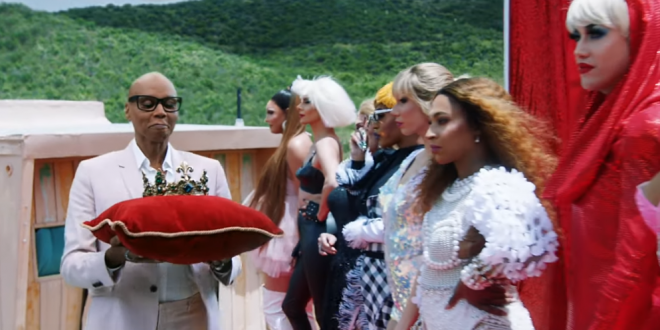 Taylor Swift has released her new song, “You Need to Calm Down,” and the video features a star-studded collection of the singer’s friends and a surprising Katy Perry cameo. The singer premiered the video on Monday’s “Good Morning America.”

Performers dressed as Ariana Grande, Beyoncé, Gwen Stefani and Adele are all queens according to RuPaul, who makes an appearance as a beauty pageant judge.

Everyone just calm down! Katy Perry and Taylor Swift appear to have called a truce in their long-standing feud, sealed by Perry’s cameo in the new music video for Swift’s song “You Need to Calm Down.”

In the clip released Monday, Perry dresses in a hamburger costume — similar to the one she wore at this year’s Met Gala — and spots Swift, dolled up as a box of french fries.

As a massive food fight erupts around them in a brightly colored trailer park, they walk toward each other and dance, with smiles spread across their faces. The two embrace before the video comes to a close.

This might be the gayest thing you’ll see until NYC Pride. And note that the last image in the video is a pitch for the Equality Act.