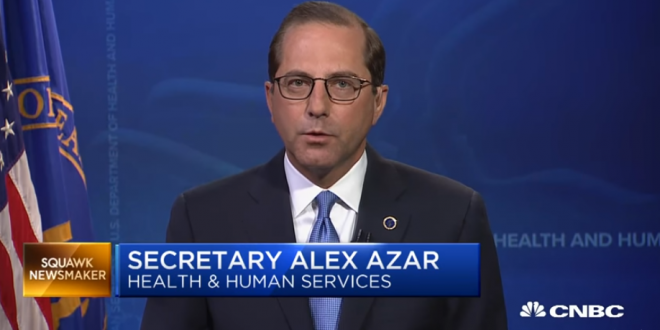 The Department of Health and Human Services (HHS) is delaying the implementation of its “conscience protection” rule until November to give the administration more time to deal with a lawsuit over the policy.

HHS announced in a court filing Saturday that the rule, which was originally scheduled to take effect July 22, would not be implemented until Nov. 22 at the earliest.

A coalition of Democratic-led states filed a lawsuit against the administration in May saying the policy, which would allow health care providers to refuse to provide their services on the basis of their religious beliefs, is unconstitutional.

As you can see below, Christian hate groups are counter-suing to “protect” the rule.

Previous Trump’s Hijacking Of DC’s Fourth Of July Celebration To Include VIP Ticketed Access For High Rollers And Family
Next CHATTER AWAY: Overnight Open Thread