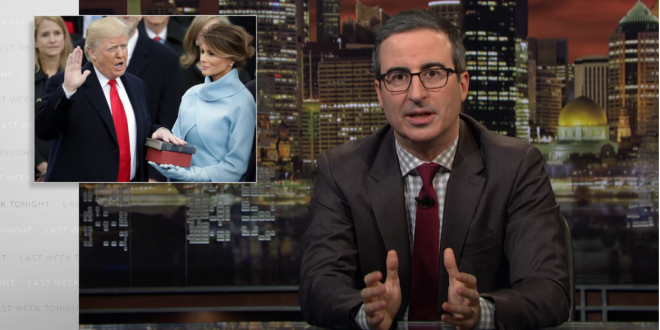 As John Oliver breaks down in his latest Last Week Tonight segment, impeachment is no simple matter. It requires a certain number of votes in both the House of Representatives and the Senate.

The latter would mean 20 republican senators would need to go against Trump — making it pretty unlikely that he’d actually end up leaving office.

But, as Oliver says, that doesn’t mean we should do nothing. “I can’t guarantee that impeachment will work out the way that you want it to, because it probably won’t,” he finishes. “But that doesn’t mean that it’s not worth doing.