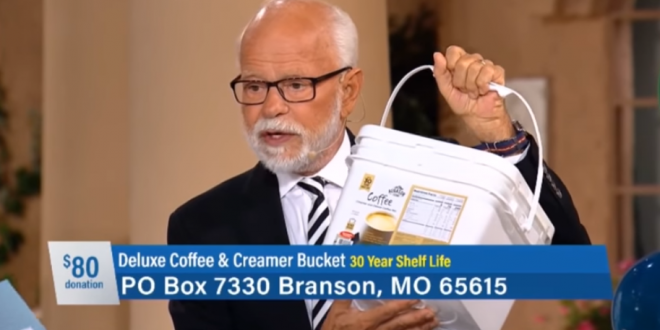 Jim Bakker: Christian Leaders And Politicians Will Be “Suddenly Killed” If Trump Is Not Re-Elected [VIDEO]

“Suddenly as they were driving, suddenly as they were in a boat, suddenly in an airplane—you’re going to see it one after another. God spoke this to me years ago what would happen near the end and I believe we’re in that time. This is life and death. This is the hatred of murder is in the country.” – Jim “Slop Buckets” Bakker, on today’s show.