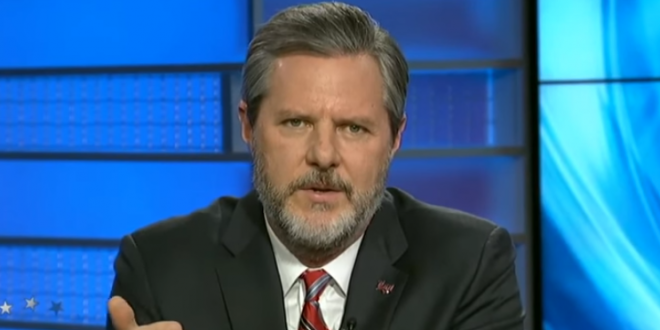 Falwell lashed out at Russell D. Moore, a theologian and president of the Ethics & Religious Liberty Commission, for criticizing the administration following reports of detained migrant children held in unsanitary and inadequate conditions.

Falwell’s tweet racked up a little more than 250 likes as of Tuesday evening, but the post garnered over 5,000 replies, the bulk of which criticized his comments.

The reports of the conditions for migrant children at the border should shock all of our consciences. Those created in the image of God should be treated with dignity and compassion, especially those seeking refuge from violence back home. We can do better than this. https://t.co/Cv3AmJgypn

Who are you @drmoore ? Have you ever made a payroll? Have you ever built an organization of any type from scratch? What gives you authority to speak on any issue? I’m being serious. You’re nothing but an employee- a bureaucrat.

Hello, @JerryFalwellJr. As the founding pastor of @WOLC I’ve built an organization from scratch (unlike you; I met your dad back in the 80s), I’ve made payroll & built buildings, *and* I still have a soul. @drmoore is entirely right. In the authority of Jesus’ name I say, repent!

How did Jesus treat children

Did Jesus ever make a payroll though?

Who are you @JerryFalwellJr? Have you ever cared for the sick? Have you ever welcomed the stranger? What gives you authority to speak on issues of faith? I’m being serious. You’re nothing but a white washed tomb.

Previous Eric Trump Claims He Was Spit On By Bar Employee
Next Fox Host: Mueller Doesn’t Know What’s In His Report