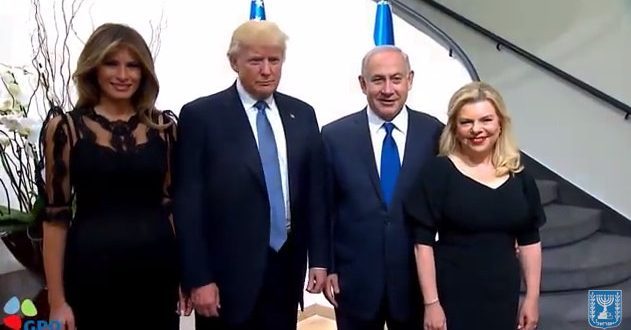 Sara Netanyahu, the wife of Prime Minister Benjamin Netanyahu of Israel, accepted a plea bargain on Wednesday morning and will pay about $15,000 in fines and restitution to settle accusations that she misused about $100,000 in public funds in managing the couple’s official residence.

Prosecutors said that Ms. Netanyahu, whom they charged with fraud, had concealed that a cook was on the payroll so that she could order hundreds of catered meals from expensive restaurants and charge them to the state.

Under the deal with the State Attorney’s Office the amount of public money at issue was halved to about $50,000, and Ms. Netanyahu agreed to plead guilty to a lesser charge of trickery, specifically that she deliberately exploited another person’s mistake. She is due to pay about $2,800 in fines and $12,500 in restitution.

Sara Netanyahu, the wife of Benjamin Netanyahu, has agreed to plead guilty to a charge of trickery and pay about $15,000, to settle fraud charges and accusations that she misused public funds to pay for expensive catered meals https://t.co/liu3w2qsTo

Previous GOP Rep. Greg Pence Charged His Campaign For Stays At Trump Hotel, Edited Filings After Being Called Out
Next 22 Foreign Governments Have Spent Money At Trump Properties: Hotels, Condos, Resorts, And Restaurants