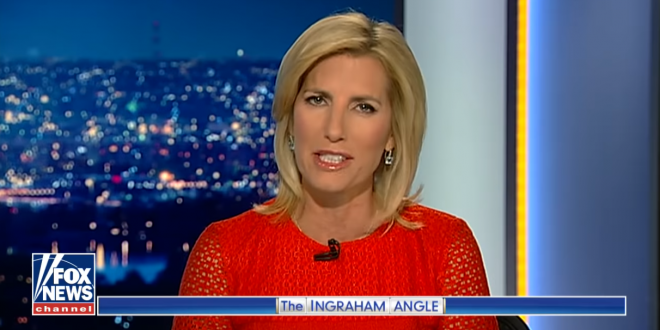 “They’re for replacing the current American population, or swamping the current American population, with a new population of people who are perhaps more hospitable to socialist ideals. Perhaps they are more hospitable to big government, perhaps they want more across the board social spending, they want Spanish to be at least on par with English as a national language. I mean, pick your issue, but that’s what they’re hoping for.

“They can’t risk a situation where a guy like Trump keeps getting elected. I mean, they tried to knock him out with the stupid Russia investigation, and that backfired, but they can’t risk that again. So, they have to have a new electorate. And the new electorate will be new immigrants who are just not in tune with the American founding, or even taught to love the American founding.” – Laura Ingraham, last night.