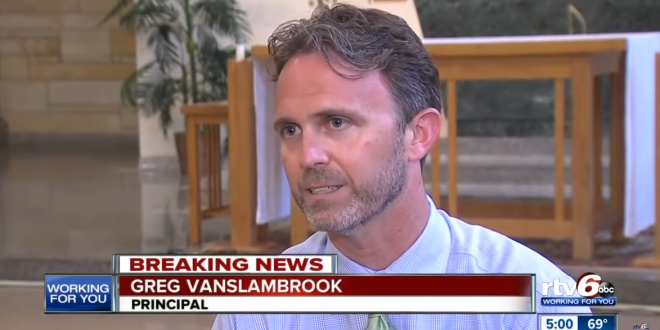 A Jesuit-run prep school in Indianapolis is defying a demand by the local archbishop that it fire a veteran teacher who is in a same-sex marriage, prompting the archdiocese to revoke recognition for the school as a Catholic institution.

In a letter to parents, the leaders of the Brebeuf Jesuit Preparatory School said Archbishop Charles Thompson’s “direct insertion into an employment matter of a school governed by a religious order is unprecedented.”

“After long and prayerful consideration, we determined that following the Archdiocese’s directive would not only violate our informed conscience on this particular matter, but also set a concerning precedent for future interference in the school’s operations,” school officials said.