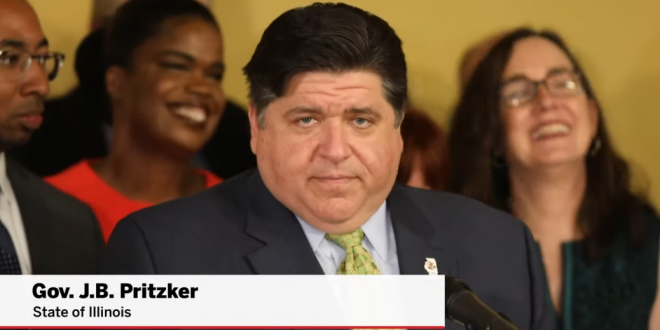 Illinois’ new governor delivered on a top campaign promise Tuesday by signing legislation that makes the state the 11th to legalize small amounts of marijuana for recreational use and the second to approve it through the Legislature rather than the ballot box.

Legalization in Illinois also means that nearly 800,000 people with criminal records for purchasing or possessing 30 grams of marijuana or less may have those records expunged, a provision minority lawmakers and interest groups demanded.

It also gives cannabis-vendor preference to minority owners and promises 25% of tax revenue from marijuana sales to redevelop impoverished communities.

Previous Sarah Huckabee Sanders: My Going Away Party Isn’t The “Appropriate Venue” To Discuss My Years Of Lying
Next Linda Harvey: When You See The Rainbow Flag, You’re Witnessing A “Flagrant Violation Of God’s Trademark”