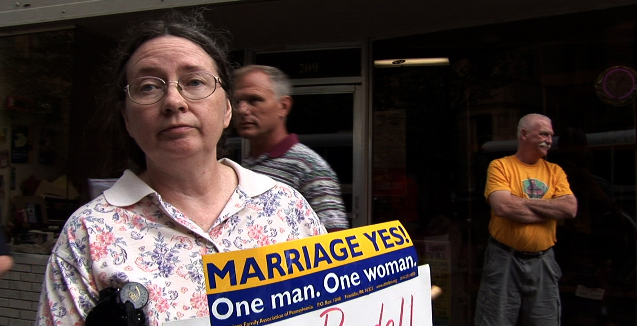 The police officers who raided the Stonewall Inn in June 1969 were “trying to rescue a young boy who identified as transgender,” claimed Diane Gramley, the head of the Pennsylvania chapter of the American Family Association, on a recent broadcast of the “Stand in the Gap” radio show produced by the American Pastors Network.

“He was being used sexually and the police were trying to rescue him,” Gramley claimed. That remarkable, and utterly false, bit of historical revisionism came during a conversation about what host Gary Dull called “the menace of Gay Pride month.”

Gramley said that the “real goal” of Pride celebrations “is to indoctrinate and they are seeking to promote their deviant sexual behavior.” She has been to Gay Pride celebrations in Philadelphia several times, she said, “just to document who was supporting it, take some pictures of what was going on.”