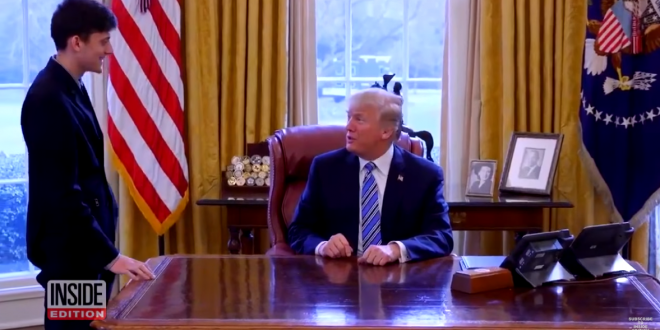 On Monday, Harvard University rescinded their acceptance of Kyle Kashuv, a pro-Second Amendment activist who survived last year’s deadly shooting in Parkland, Florida, over racist comments he made in high school that emerged on social media in May.

Last month, Kashuv issued an apology after being accused of racist comments — which include several instances of him using the n-word; once while referring to “n—erjocks” at his school.

After Harvard informed him of their decision in light of the remarks, he then requested to meet with the university but Harvard rejected his request.

Three months after being admitted to Harvard Class of 2023, Harvard has decided to rescind my admission over texts and comments made nearly two years ago, months prior to the shooting.

I have some thoughts. Here’s what happened.

2/ A few weeks ago, I was made aware of egregious and callous comments classmates and I made privately years ago – when I was 16 years old, months before the shooting – in an attempt to be as extreme and shocking as possible.

Here is my apology: pic.twitter.com/eI38ziiQE8

3/ After I issued this apology, speculative articles were written, my peers used the opportunity to attack me, and my life was once again reduced to a headline.

It sent me into one of the darkest spirals of my life.

4/ After the story broke, former peers & political opponents began contacting Harvard urging them to rescind me. Harvard then sent this letter stating that Harvard “reserves the right to withdraw an offer of admission” and requested a written explanation within 72 hours. pic.twitter.com/RfEQCvjgDX