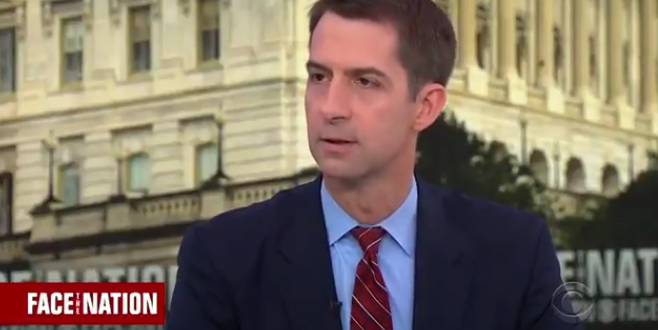 GOP Sen. Tom Cotton Calls For US Strike On Iran

Republican Sen. Tom Cotton of Arkansas, one of the most hawkish members of Congress, urged the Trump administration to order a military strike against Iran over recent attacks against oil tankers in the Middle East — a move he said will send the government in Tehran a message that the U.S. will not stand idle as commercial shipping is threatened.

Cotton said President Trump has broad authority to sign-off on military operations that “defend American interests.” He said last week’s attacks on two oil tankers in the Gulf of Oman — which the U.S. has accused Iran of staging — represent a scenario in which the president can use his powers as commander in chief to respond.