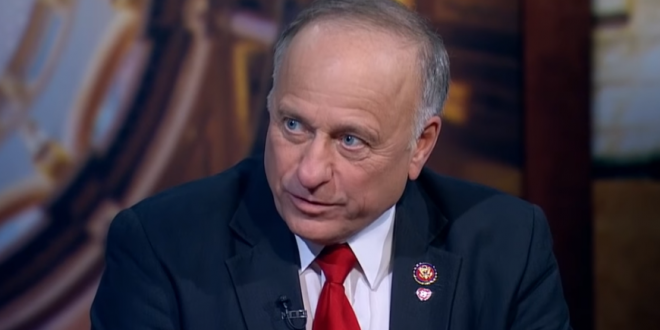 GOP Rep. Steve King Barred From Air Force One Flight To His Home State, Other Iowa Reps Flew With Trump

Rep. Steve King, the Iowa Republican who was stripped of his congressional committee assignments earlier this year, was not allowed to fly aboard Air Force One on Tuesday as President Donald Trump traveled to Iowa, two GOP officials say.

King, who represents the state’s 4th District in Western Iowa, asked the White House to join the President’s entourage, but administration officials rejected the request, two officials familiar with the matter told CNN.

Republican Sens. Joni Ernst of Iowa and Deb Fischer of Nebraska joined Trump aboard Air Force One. Ernst had not been planning to travel with the President, citing her voting schedule, but ended up flying to Iowa with Trump.