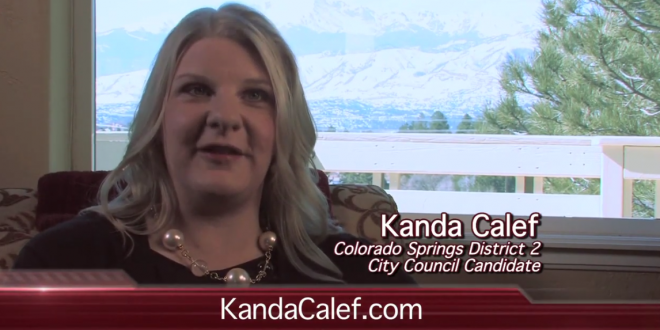 Calef, now free on $2,500 bail, is due in Douglas County’s 18th Judicial District on Wednesday, where she is expected to enter a plea to the charge.

Colorado troopers arrested Calef on April 10 after the marshal, who was off duty at the time, reported that a woman in a van “had flashed a handgun at him,” says a probable cause affidavit filed in the 18th Judicial District.

The marshal said Calef “did not point the gun directly at him, but flashed it in a way to ensure he could see it” and he said he felt “endangered” by it. Calef later allegedly sped off on the interstate, reportedly accelerating up to 90 miles per hour and changing multiple lanes, according to the affidavit.

Calef is a prominent gun rights advocate in Colorado Springs. She opposed the so-called “red flag bill” signed into law by Gov. Jared Polis (D) in April. The law grants judges starting in January the power to temporarily take away guns rom people thought to be at a high risk of harming themselves or others.

Calef is a prominent personality on local right wing radio and has made failed bids for the Colorado House and the Colorado Springs City Council.

Previous Facebook Unveils Plan To Launch Its Cryptocurrency
Next Sean Hannity: All Trump Allies Should Plead The Fifth