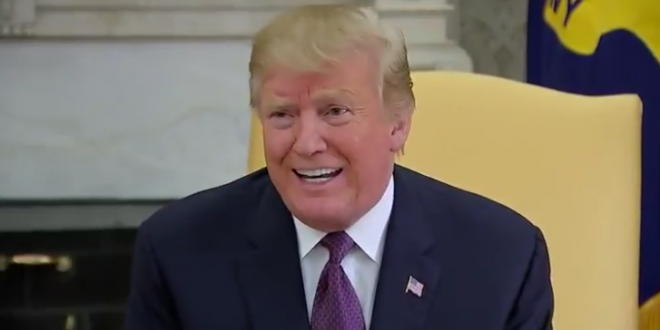 President Donald Trump on Wednesday renewed his assertion that Russia had pulled personnel out of Venezuela, pushing back on Moscow’s denials that it had any plans to do so. Trump last week tweeted that Russia “has informed us that they have removed most of their people from Venezuela,” where it’s backed the government of dictator Nicolas Maduro.

A day later, the Kremlin denied Trump’s tweet, telling reporters “there have been no official messages in this regard from the Russian side nor could there be any,” according to The Washington Post. But Trump on Wednesday asserted he was not mistaken. When asked by a reporter about Russia’s denials, while meeting with the Polish president, Trump grew testy.

“Well, let’s just see who’s right. You know what you’re gonna do? You’re gonna see in the end who’s right. You just watch it. Okay?” Trump said. “And we’ll see who is right.” After a pause, during which another reporter began asking a new question, Trump interrupted: “Ultimately I’m always right.”

REPORTER: Russia had told you that they were taking out a large part of their military [from Venezuela]. Russia has denied that.