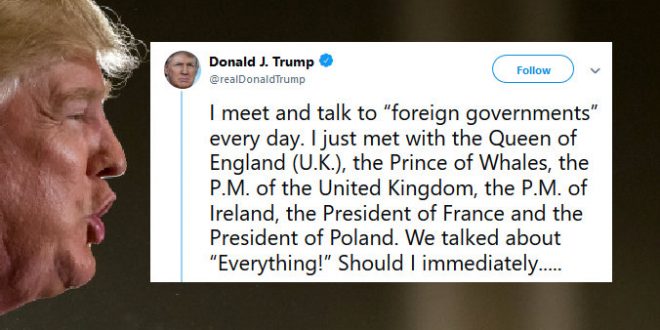 Glorious Leader: Am I Supposed To Call The FBI Every Time I Meet The Queen And The “Prince Of Whales”?

Shortly after calling out CNN for a minor typo, your Glorious Leader took to Twitter for 24th time so far today. According to Trump it’s “ridiculous” that he should have to call the FBI every time he meets with the Queen of England and the Prince of Whales. Whales.

Of course, it’s rather unlikely that the British royal family is planning to hack into the campaigns of any Democrat. Trump is deliberately conflating routine diplomacy with getting opposition intel from foreign spies. And you know the cultists will eat it up.

…..call the FBI about these calls and meetings? How ridiculous! I would never be trusted again. With that being said, my full answer is rarely played by the Fake News Media. They purposely leave out the part that matters.

The Prince Of Whales pic.twitter.com/SRh89k7o83

“Donald, I got some of Biden’s emails.” – Prince of Whales pic.twitter.com/3wouLt4j0l 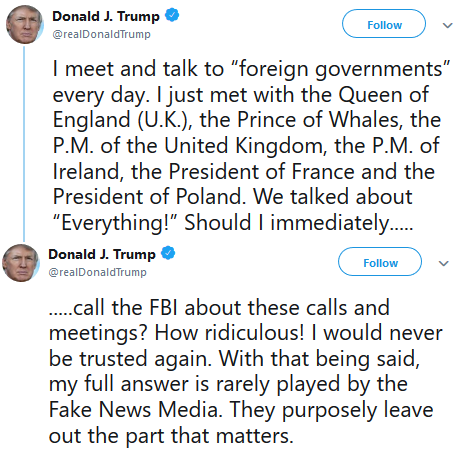