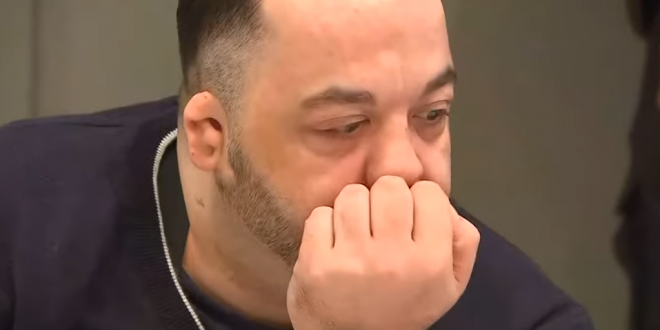 Serial killer and former nurse Niels Högel was sentenced Thursday to life in prison for the murder of 85 patients. “Your guilt is unimaginable,” Judge Sebastian Bührmann told the convicted man. “The human mind struggles to take in the sheer scale of these crimes.”

While working at a clinic in Oldenburg and a hospital in Delmenhorst, Högel deliberately induced cardiac arrest in patients by injecting them with certain drugs. He then resuscitated them to win everyone’s admiration. But many of Högel’s stunts went awry, and patients died.

A former colleague told the mass-circulation German newspaper Bild that Högel “always pushed everyone else aside” when resuscitating patients. The man, also a former nurse, said less-experienced doctors even expressed their appreciation that Högel was around. The killer’s unsuspecting colleagues nicknamed him “resuscitation Rambo.”

Born in 1972 in the coastal town of Wilhelmshaven, Hoegel grew up in a Catholic family he described as “warm and stable”. At 16, he began training at the main hospital in his hometown as a nurse, his father’s vocation.

The “nice guy” facade shattered at a hospital in the northern city of Oldenburg, where he started working in 1999. The emergency resuscitations, and the deaths, began to soar on his watch at the hospital. Hoegel gained a reputation as something of a jinx and colleagues sought to avoid working with him. He was encouraged to move on in 2002, with a positive recommendation with management to ensure his quick departure.

Hoegel, who eventually married and had a daughter, was allowed to continue the carnage in the neighboring town of Delmenhorst.

Nurse Niels Hoegel induced heart attacks in his patients so he could try to save them, but he knew some of them would die; at least 87 of them did, making him Germany’s most prolific serial killer of modern times, reports @davidrising https://t.co/VY6EE9Q3M1