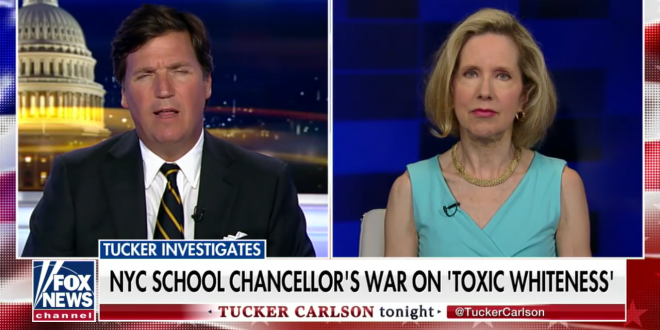 “The desperation to justify, to explain away black academic achievement gap is so great that we’re now claiming that some bureaucrat in the bowels is going to make a difference to whether black kids succeed. The public has to stand up and fight against this myth of bias and say that there are behavioral differences that explain outcomes.

“If white privilege explained everything, please tell me how seven out of the eight of the recent national spelling bee example champions were Indian-Americans. If skin color were the scourge of people of color, they would not be able to succeed.

“In fact, why do they succeed Tucker? Because they studied their butts off and that’s what the inner city kids have to start doing.” – Fox News guest Heather Mac Donald, on last night’s Tucker Carlson show.