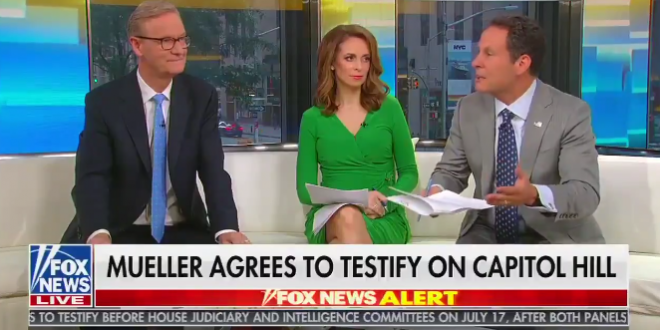 As Fox & Friends talked about Robert Mueller‘s upcoming testimony before Congress on Wednesday, Brian Kilmeade said at one point that he doubts the special counsel really knows what’s in his report. “I don’t think he knows the details of the report,” Kilmeade said.

Kilmeade continued his point with “He is like the King of England on this; he assigns the people. They’re gonna say ‘Why are most of them Democratically affiliated? Aren’t you concerned about the perception if you hire people like that to do this job? Do you understand why some feel there was an agenda in there?’”

That time @kilmeade justified forcibly separated children, sleeping on concrete, being denied toothbrushes, where six children have died — comparing it to having too many people ‘show up’ at your house.

With all due respect @kilmeade, go fuck yourself.pic.twitter.com/rAVWqZjNZA