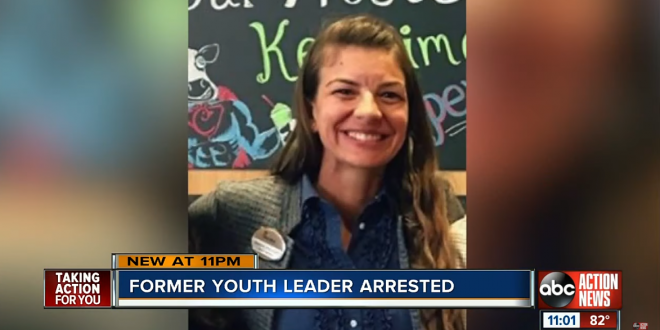 A former youth leader was arrested Wednesday for lewd and lascivious molestation, according to the Pinellas County Sheriff’s Office. Matuszek is the owner/operator of Chick-fil-A at Westfield Countryside mall in Clearwater.

Detectives say between August 2014 and April 2015 Heather Matuszek, 32, inappropriately touched an underage girl who was in her youth group at the Clearwater Community Church.

Matuszek was 28 at the time, and the victim was 15. Matuszek admitted to the allegations occurring in Pinellas County, according to the sheriff’s office. She was arrested and taken to the Pinellas County Jail. She faces two felony counts of lewd and lascivious molestation.

“This is deeply disturbing news. No one should ever be subjected to this sort of abuse and we are shocked and saddened by the report. Law enforcement has jurisdiction over this matter and we are awaiting full facts to inform our actions. Chick-fil-A, Inc. is sending company representatives to the location for restaurant support.”