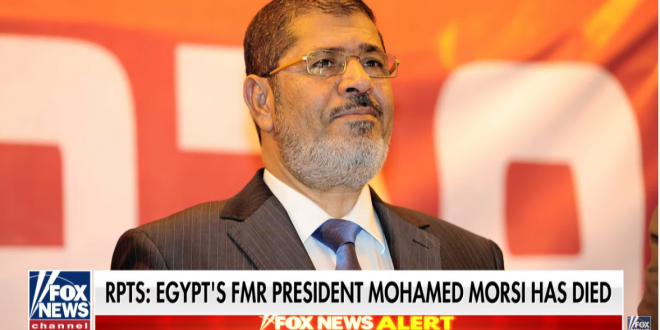 Mohamed Morsi, Egypt’s first democratically elected president, died in an Egyptian courtroom on Monday, Egyptian state television reported. Mr. Morsi, 67, won Egypt’s first free presidential election in 2012. The military dissolved Parliament later that year and ousted Mr. Morsi in 2013. He was on trial on espionage charges when he fainted and died, Egyptian television said. His body was taken to a hospital.

Morsi, a former top figure in the now-banned Islamist movement Muslim Brotherhood, was at a session over accusations of espionage. He was 67. He was overthrown following mass protests a year after he took office as the country’s first democratically elected leader. He had remained in custody since then. “The body has been transferred to a hospital and necessary procedures are under way,” Nile News TV said.

BREAKING: Egypt’s ex-president Mohamed Morsi has died after collapsing in court, according to state television. He was elected in 2012 but removed by the military a year later. pic.twitter.com/tAtW5XNgk9