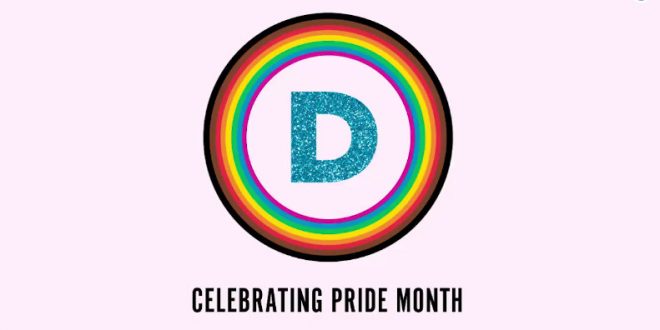 “As we begin LGBTQ Pride Month and prepare to commemorate the 50th anniversary of Stonewall, when brave members of New York’s LGBTQ community said enough to brutal discrimination, Democrats across the country are celebrating our nation’s progress and rededicating ourselves to the fight for equality. No one should face violence, bullying, or discrimination because of who they are or who they love. And every American should enjoy the same rights and protections under our Constitution.

“But we cannot take anything for granted. The legal protections that so many LGBTQ Americans and their allies have fought for are under threat. For two and a half years, President Trump has used the power of his office to drag our nation backwards, emboldening bigots and breaking his promise to support the LGBTQ community. From banning transgender troops from serving in our nation’s armed forces to undermining workplace discrimination protections, his administration has rolled back our progress time and time again.

“Democrats will never back down. In the last election cycle, LGBTQ Democrats ran for office and won in record numbers, tearing down old barriers and transforming our democracy. As we head toward Election Day in 2019 and 2020, we’re going to continue to stand with the LGBTQ community and carry on this fight with the courage and pride of the countless activists and organizers who came before us.”

Happy #PrideMonth to all those celebrating. We will always have your back and fight to protect your rights. #Pride2019 pic.twitter.com/gOts9JMdNb