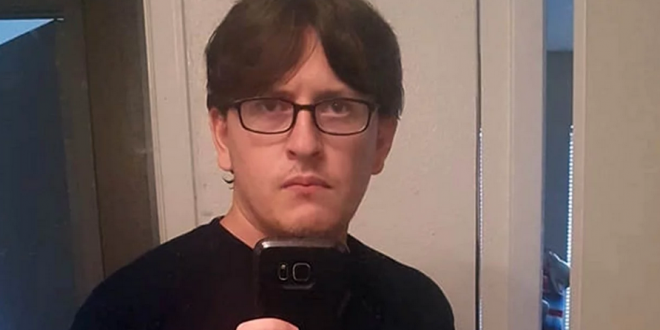 DALLAS: Gunman Killed In Shootout With Police Had Posted Memes About Incels, Nazis, The Confederacy

A Texas man accused of opening fire outside a Dallas courthouse uploaded right-wing memes to Facebook, including memes about Nazism and the Confederacy. Authorities said Brian Clyde, 22, attacked the Earle Cabell federal courthouse Monday morning before law enforcement killed him. No one else was reported injured.

A May 4 post defended Infowars founder Alex Jones for his claims about vast networks of pedophiles. Other posts suggested transphobic and anti-feminist views. Multiple memes referenced the Confederate flag. In November, he posted a picture of a person wearing full medieval armor while holding a gun and an anime body pillow.

Brian Clyde was killed by federal officers during a shootout in Dallas. His Facebook page is filled with photos of guns and magazines, pro-Confederate pictures, anti-government conspiracy theories, rants about liberals and men’s rights/incel talking points https://t.co/G8nRNWDS5z pic.twitter.com/tkBzsOMdi7

He posed in armour, with an anime body pillow, and a rifle last year.https://t.co/nMZm0i6ye2 pic.twitter.com/oPEm1L1EpC

More from Brian Clyde’s Facebook: “No taxation without annihilation,” he’s not a big fan of Spanish, a Chad sighting (incel alert), and talking about getting around California gun laws pic.twitter.com/N5NiQADTWn

Brian Clyde, who was fatally shot by officers in a shootout this morning near the downtown Dallas federal courthouse, appears to serve or has served in the Army, his Facebook page shows: https://t.co/G8nRNWDS5z pic.twitter.com/WpZQDeCrfG

Officials say Clyde was discharged from the @USArmy in 2017.

Agents are also trying to determine how Clyde obtained the weapon he had. @wfaa

DMN staff photographer @TomFoxPhoto captured this image shortly before a gunman opened fire on the Earle Cabell Federal Building Monday morning in downtown Dallas. Fox was waiting to enter the building to cover a trial when the attack took place. https://t.co/y8fWYYuKjs pic.twitter.com/fE1kFlEy9j