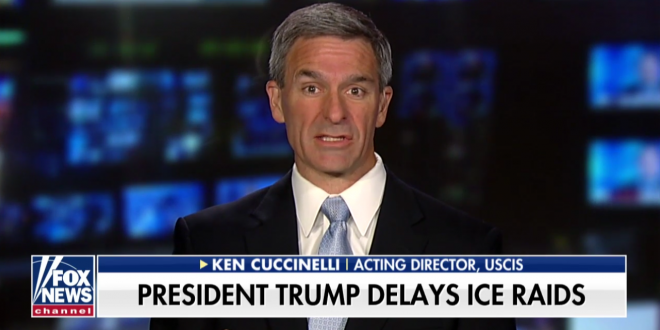 “I spent a lot of time as an attorney general fighting human trafficking in Virginia, and we literally have a legal system that Congress could fix that right now is set up that essentially makes the federal government the last mile in a human trafficking chain.

“Because we’re literally handing unaccompanied children over to illegal aliens in this is country and they know that, so they pay the thousands of dollars to drug cartels, some of the most violent, vicious people on Earth, who have basically put up a tollbooth on the south side of the border for two-thirds of the people coming across.