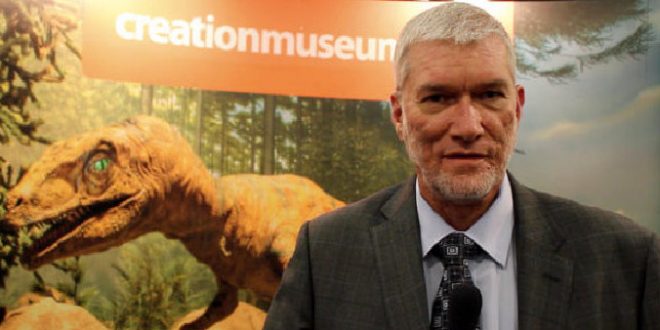 Talk about a complete lack of self-awareness: Creationist Ken Ham says people who think the Earth is flat are being ridiculous because they aren’t basing their beliefs in science. And if they think the Bible supports them, it’s only because they wrongly choose which verses to quote as if that tells the whole story.

Ham: “It simply isn’t taught in Scripture, and the science doesn’t support it, although, sadly, many Christians are being convinced by cherry-picked data that only shows part of the whole story and out of context.”