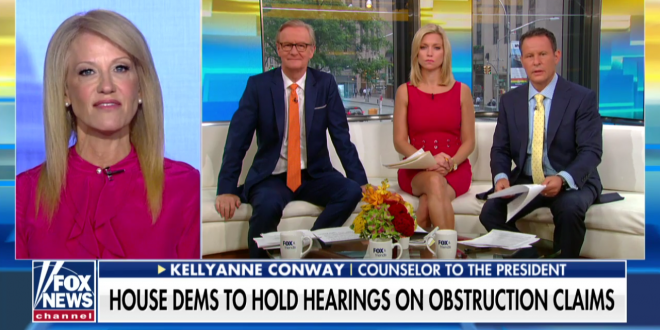 Conway Snarks: Unlike John Dean, I Never Went To Jail

Kellyanne Conway is on the warpath — going on the attack against former Nixon White House counsel John Dean ahead of his Congressional testimony.

She added, “They’re picking lawyers from TV now. Remember, he also tried to derail Brett Kavanaugh’s nomination. This is not a credible person.”

Dean served four months in a halfway house in 1974 for obstructing the Watergate investigation.