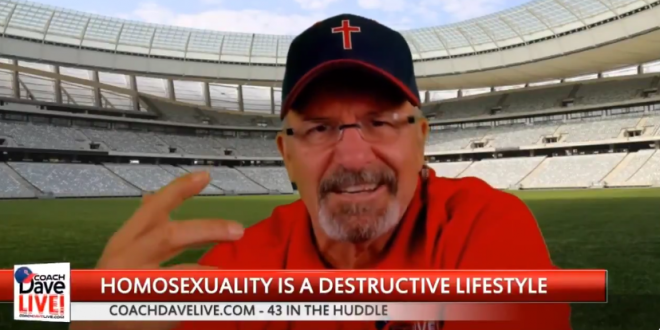 “Homosexuality is fruitless, it’s fruitless. There is nothing that comes from the homosexual orgasm. Nothing. No fruit. I believe when homosexuals have homo sex for the first time, it’s like smoking crack. I think that something spiritually enters into them that they can’t break lose from any easier that they could from crack cocaine. It takes almost a miraculous intervention of God in order to break through that. And it’s mind control and it’s beyond that, it’s demonic.” – Christian activist Dave “Coach” Daubenmire.

“There is nothing that comes from the homosexual orgasm.”

— Right-wing man who can’t stop thinking about men having sex with each other.

“You’re not doing it right, honey!”