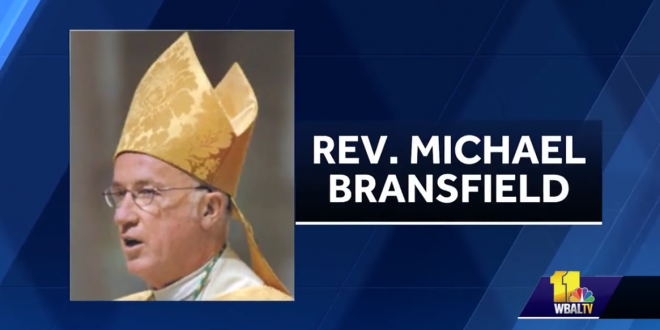 In the years before he was ousted for alleged sexual harassment and financial abuses, the leader of the Catholic Church in West Virginia gave cash gifts totaling $350,000 to fellow clergymen, including young priests he is accused of mistreating and more than a dozen cardinals in the United States and at the Vatican, according to church records.

Bishop Michael J. Bransfield wrote the checks from his personal account over more than a decade, and the West Virginia diocese reimbursed him by boosting his compensation to cover the value of the gifts, the records show. As a tax-exempt nonprofit, the diocese must use its money only for charitable purposes.

During his 13 years as bishop in West Virginia, one of the poorest states in the nation, Bransfield spent $2.4 million in church money on travel, much of it personal, which included flying in chartered jets and staying in luxury hotels, according to the report. Bransfield and several subordinates spent an average of nearly $1,000 a month on alcohol, it says.

According to the above-linked report, the diocese also spent $4.6 million to renovate the bishop’s residence, which he decorated with daily floral arrangements to the eventual tune of over $180,000. Oh yes, hit that link.