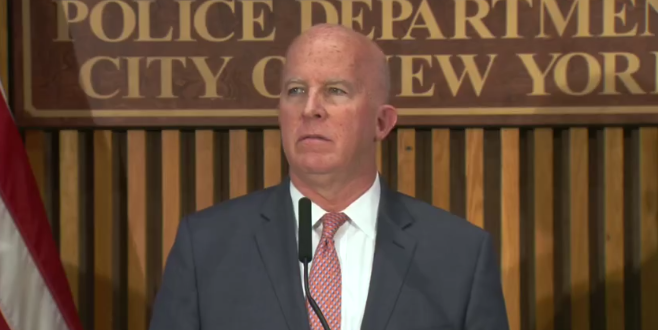 New York’s police commissioner, James P. O’Neill, apologized on Thursday on behalf of the Police Department for officers’ actions during the Stonewall riot, a seminal 1969 clash outside a Greenwich Village club that is widely regarded as a turning point for the modern gay rights movement.

“I think it would be irresponsible to go through World Pride month and not to speak of the events at the Stonewall Inn in June of 1969,” Mr. O’Neill said.

“What happened should not have happened. The actions taken by the N.Y.P.D. were wrong, plain and simple,” he added. “The actions and the laws were discriminatory and oppressive, and for that, I apologize.” The auditorium applauded.