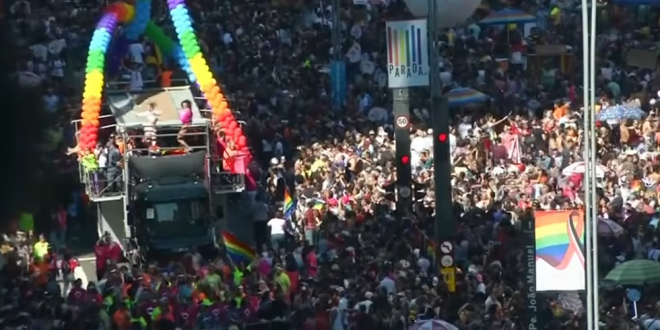 One of the world’s largest LGBT Pride parades took center stage in Sao Paulo on Sunday with the carnivalesque festivities tinged with unease over Brazil’s conservative political climate under President Jair Bolsonaro.

As many as three million people took part in the annual march through the heart of Brazil’s economic capital, traditionally an exuberant celebration of camp, color and fantasy. But this year, many participants said they were turning out because they feel their liberties are increasingly under threat.

Bolsonaro, a right-wing former military officer who was elected president last year, has a long history of homophobic, racist and chauvinist remarks. Since taking office January 1, he has doubled down on that anti-gay posture, calling a recent Supreme Court decision criminalizing homophobia “an error.”