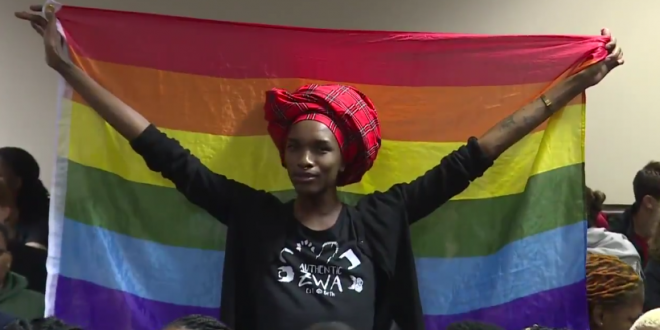 Botswana has decriminalised homosexuality. The southern African nation’s High Court rejected sections of the penal code that criminalise same-sex relations and impose up to seven years in prison .Activists and rights groups cheered the unanimous ruling, which called the sections unconstitutional.

High Court said in its ruling that penalising people for who they are is disrespectful, and the law should not deal with private acts between consenting adults. The right to privacy includes sexual orientation, which is innate and not a fashion statement, the judges said.

Reading the unanimous ruling of a panel of judges in front of a packed courtroom, Justice Michael Leburu said that sexual orientation “is not a fashion statement” and that the laws as they stood violated citizens’ rights to privacy and freedom from discrimination.

While seldom enforced in Botswana, the laws carried the possibility of up to a seven-year jail sentence.

Homosexuality is criminalized in more than half of African countries, many of which inherited penal codes from colonial powers such as Britain. The subject is widely seen as taboo, and discrimination and harassment are rife. Last month, a Kenyan high court heard a similar case but dismissed it.

Scenes of joy as decriminalization Of homosexuality made official in Botswana #repeal164 pic.twitter.com/pBch7o6kdh

VIDEO: A landmark case in Botswana could see gay sex being decriminalised as the High Court is expected to deliver its judgment pic.twitter.com/7zRI6KUcax

Previous CHATTER AWAY: Overnight Open Thread
Next Reince Priebus Sworn In As US Navy Ensign At Age 47