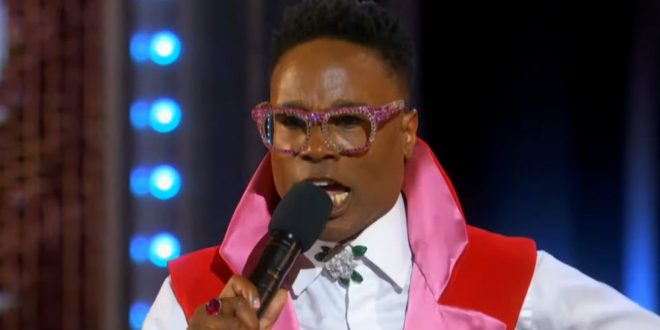 Billy Porter, award-winning actor, singer and star of “Pose” on FX has released his new single “Love Yourself” timed to World Pride, available now on all streaming platforms and digital retailers.

Porter is a Tony and Grammy Award-winning actor, singer, director, composer and playwright with groundbreaking performances as Pray Tell in Pose on FX, for which he recently received Golden Globe and Critics Choice nominations, as well as Lola in Kinky Boots on Broadway for which he won a Tony Award for Lead Actor in a Musical.

During World Pride programming this year, Porter will serve as co-host of ABC’s telecast of the Pride March in New York City, and will serve as one of the Grand Marshals alongside his POSE co-stars.