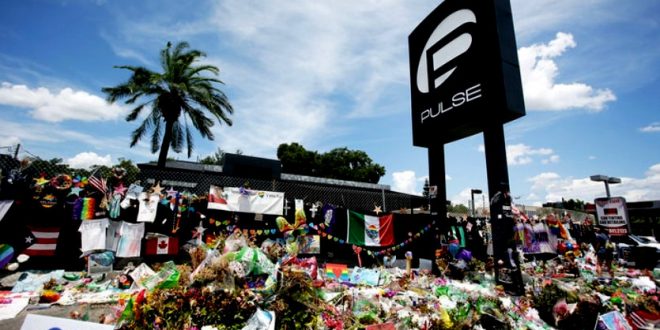 In the days ahead of the third anniversary of the mass shooting at Pulse nightclub in Orlando, Florida lawmakers have proposed plans to designate the nightclub a national memorial.

U.S. Reps. Darren Soto and Stephanie Murphy, both from Central Florida, announced their plan to declare Pulse a federal landmark at a service in front of the temporary memorial Monday. The designation, they hope, will nationally honor the 49 victims of the deadliest act of violence against LGBT people in the history of the country.

If passed, the bill would classify the memorial as part of the National Park System but allow local nonprofit OnePulse Foundation to retain control of its construction, Soto said. He plans to pass the legislation by June 2020.

Wednesday marks three years since a gunman murdered 49 people, injured 53 others and traumatized hundreds more at Pulse nightclub in Orlando. Survivors, victims’ relatives, first responders and residents will gather Wednesday for a series of events to celebrate the lives of those who died in the June 12, 2016, mass shooting.

Bells will be tolled 49 times, beginning at noon, to commermorate the lives of each person who died in the shootings at the gay nightclub. St. James Catholic Cathedral and First United Methodist Church of Orlando in downtown Orlando are among the more than 600 churches worldwide that are expected to partake in the observance.

Nearly three years after the @pulseorlando tragedy, our local congressional representatives are seeking to make this hallowed ground a National Memorial. Despite that act of hate, this is a place of tremendous love. @onePULSEorg #WeWillNotLetHateWin pic.twitter.com/mYoOYAHE9y