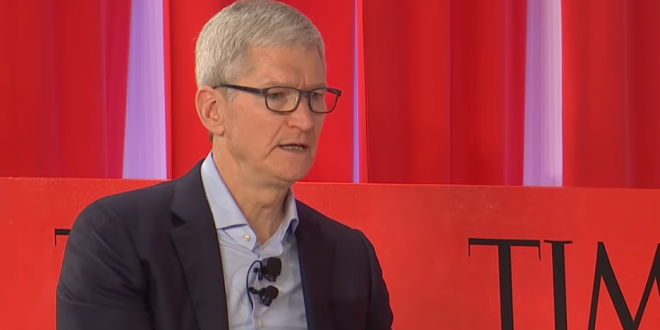 Apple wants U.S. trade officials to exclude the iPhone from President Donald Trump’s latest round of proposed tariffs on Chinese-made goods, as the Silicon Valley giant looks to shield its core product from Trump’s trade war with Beijing. Apple contends that a tariff on the iPhone and its other devices, such as tablets and computers, would harm its standing in both the U.S. and around the world.

In written remarks sent to the U.S. Trade Representative, Apple says it’s responsible for 2 million jobs across the United States and reminds the government it pledged to invest $350 billion in the U.S. over five years after Trump passed corporate tax reform in 2017. “U.S. tariffs on Apple’s products would result in a reduction of Apple’s U.S. economic contribution” and “weigh on Apple’s global competitiveness,” the company wrote in the comments, which were made public Thursday.

Previous Christians Petition Netflix To Cancel Amazon Show
Next Trump Hints At US Strike On Iran: You’ll Soon Find Out