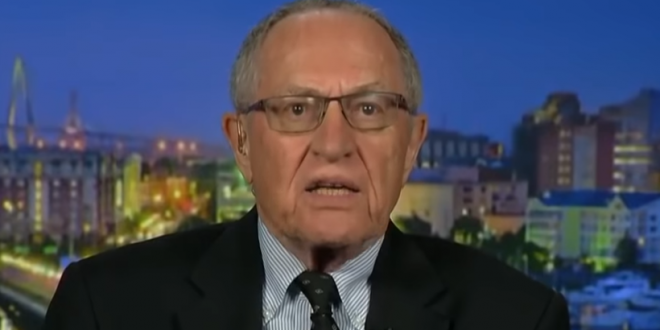 Alan Dershowitz, the Harvard Law professor emeritus renowned, as of late, for his legal defenses of President Donald Trump throughout the special counsel investigation, said Thursday that he would support Joe Biden in 2020 in a matchup with the current president.

Stand by for the rage tweets.

“Congress cannot Impeach President Trump (did nothing wrong) because if they did they would be putting themselves above the law. The Constitution provides criteria for Impeachment – treason, bribery, high crimes & misdemeanors. Unless there is compelling evidence, Impeachment…

.@AlanDersh, a brilliant lawyer, who although a Liberal Democrat who probably didn’t vote for me, has discussed the Witch Hunt with great clarity and in a very positive way. He has written a new and very important book…

…called “The Case Against Impeaching Trump,” which I would encourage all people with Trump Derangement Syndrome to read!