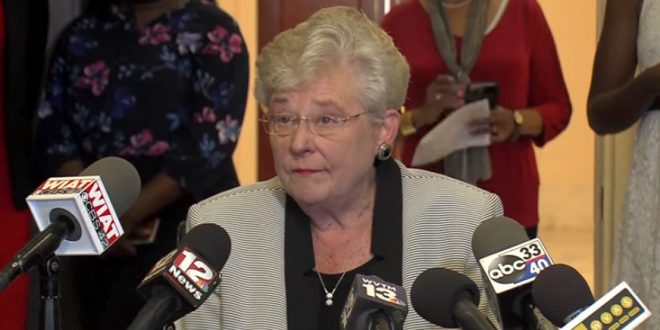 After several years of seeking to establish a private police force to adequately protect its church and school campuses, Alabama Gov. Kay Ivey [photo] has signed legislation allowing the Briarwood Presbyterian Church to do just that despite objections from critics.

The ACLU of Alabama argues that the move by Briarwood to establish its own police force is a violation of the Establishment Clause that the church has been pursuing since 2015.

Randall Marshall, the executive director of the ACLU of Alabama, told the AP that the law could allow the church to cover-up criminal activity that occurs on its campuses and expects it to be challenged in courts for unconstitutionally granting government power to a religious institution.