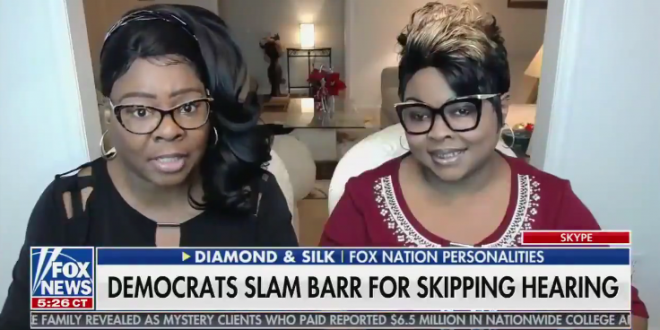 Conservative YouTubers Diamond & Silk, who are also “Fox Nation personalities,” were brought on Fox & Friends to talk about why Cohen stepped out of line by bringing a range of poultry-themed visual gags to the hearing to ridicule the attorney general’s cowardice.

“He’s racially insensitive, that’s what I think,” said Lynette Hardaway, with no further explanation. “Can you imagine if that was a Republican doing that to a Democrat? Just think about that for a moment.” It was not clear why Cohen eating some chicken to mock Barr—who are both white men—could conceivably be considered racist.